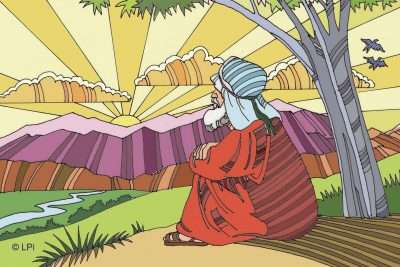 At the time the Letter of James was written, Jewish Christians would have known their wisdom literature tradition quite well. From the Books of Proverbs, Job, and Ecclesiastes and the circulated letters of Paul, they believed that wisdom was a gift of God’s spirit. Biblical scholars believe that the author of the Letter of James may have drawn his thoughts about heavenly and earthly wisdom from Paul’s First Letter to the Corinthians (1Cor 2:1-5).

But I believe there is not such a clear and concise line between heavenly wisdom and earthly wisdom as the author of James wants us to believe. In today’s gospel we are told that the disciples, on being asked by Jesus, “What were you arguing about on the way?” simply kept silent. The reason they kept quiet, we are told, is because they were talking about who was the greatest.

Most of the times when we read or hear these words, our earthly wisdom provides an explanation. We immediately think that there was a struggle about earthly issues of power. For men, who are by nature competitive, it may have been issues of who was the strongest, who was the smartest, who was the wealthiest, who worked the hardest, who told the best jokes, who could drink the most wine, who fathered the most children, etc. But in today’s gospel passage and in the passage we heard last week, Jesus tells the disciples, “The Son of man will be delivered into the hands of men, and they will kill him, and after three days he will rise from the dead and because the disciples did not understand what Jesus said they were afraid to ask questions.”

In view of this, I am tempted to think that the disciples were not using earthly wisdom to argue about earthly masculine power. They were using heavenly wisdom to evaluate among themselves their own spiritual capacity and strengths to go through a period of trial. After all, they already had left family and home to follow an itinerant rabbi who they did not always understand. Would they have the capacity to stay and the strength to suffer with Jesus as well?

Because the disciples were arguing amongst themselves, Jesus does a very wise thing and puts a child in the midst to emphasize the vulnerability they all shared and the interdependence that they all needed to follow him.  We should be as wise.