You are here: Home / Messages from Fr. Bob / My Experience (Fr. Bob reflection) 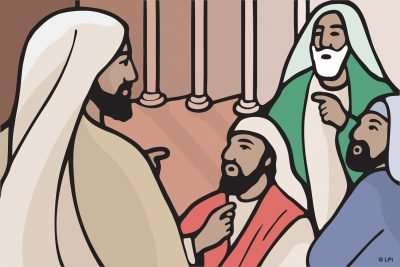 In today’s Gospel, Jesus returns home and teaches in the synagogue. His neighbors and friends knew him as the son of Mary and had heard about his teachings and the miracles he had performed. They understood the truth of Jesus’ words and they acknowledged what he had done. But there were those who had never left home. They had stayed and had worked hard to gain recognition, status, power, and control in their own community and place of worship. Their response to whatever the words Jesus spoke reflects a combination of belief and disbelief. They seem to believe that what he said was of divine origin (“What kind of wisdom that has been given to him? What mighty deeds has he done!”), yet they are unable to believe that such a great gift would be given to someone they knew.

The people of Nazareth had something far more dangerous than a small-town mentality. They wanted to make themselves the measure of everything, the only norms to be followed. So, they rejected anything that they could not control including the truth about God. They didn’t want to give that power and control up to someone who had not earned his way even when he spoke the truth.

The hometown crowd first reflects on their own experiences of Jesus, “Where did this man get all this?” “Is he not the carpenter, the son of Mary?” to become aware of what is influencing their attitudes and behaviors. But then he invites, he challenges them to be humble enough, to be brave enough, to be open to new experiences.

I believe that I, as well as most people in the Western world, are inclined to draw circles around ourselves to keep some people in and most other people out—to stay in control so to speak. In popular language, we call these circles my boundaries, my space, and my turf. “You’re in my space!” is a phrase sometimes spoken by people who want control. “According to my experience!” is the invisible fence by which we set norms for the rest of the world.

South African journalist Unarine Ramaru says it this way, “Past experience doesn’t go away, so the secret is to accept, embrace and learn from it. However, the key to the secret, is to keep it at bay and be open minded about the future from the second after the experience and never let the experience be the bar or commission of anything thereafter.”