June 5, 70 AD was the day Titus breached the middle wall of the city of Jerusalem and destroyed the Temple – a date and event that would forever alter the religious life of Jews.

The Temple and temple worship was at the very heart of Jewish religious life. Three times a year a Jew was required to come to Jerusalem and offering sacrifice at the Temple. The priesthood of Israel, from the time of Moses, was the guarantor of the Temple worship of God’s people.

The Jerusalem Temple was the second largest building in the world – second only to the Temple of Karnack in Alexandria, Egypt.

The destruction of the Temple was on a par with the event of 9/11 for the United States – a life-changing event.

With the destruction of the Temple, there was no further need of the priesthood, for there was no sacrifice. The religious practice of the Jews became a household matter. The Sabbath was observed at the dining room table. The Feast of Passover was observed at home, after the home was koshered.

Jews assembled together to study the Torah and to hand down the traditions of Israel to the next generation. These gatherings were called synagogue – a word that means the place of gathering, but more importantly it means the gathering itself apart from a place.

Near the Roman Forum is the Arch of Titus. Inside that arch are carved the images of the treasures of the Temple claimed by Titus and brought in procession to Rome as trophies of victory.

The loss of the Temple changed the mindset and practice of the first generation Jewish Christians of Jerusalem and inaugurated great persecutions that drove Christianity from being a Jewish sect to become a majority Gentile religion. 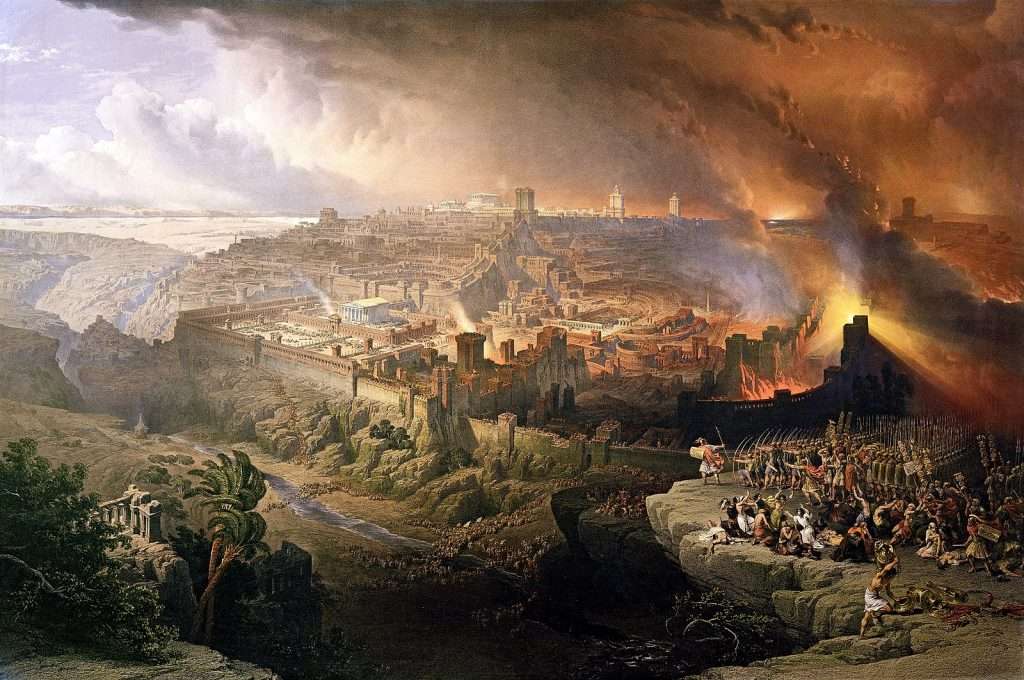