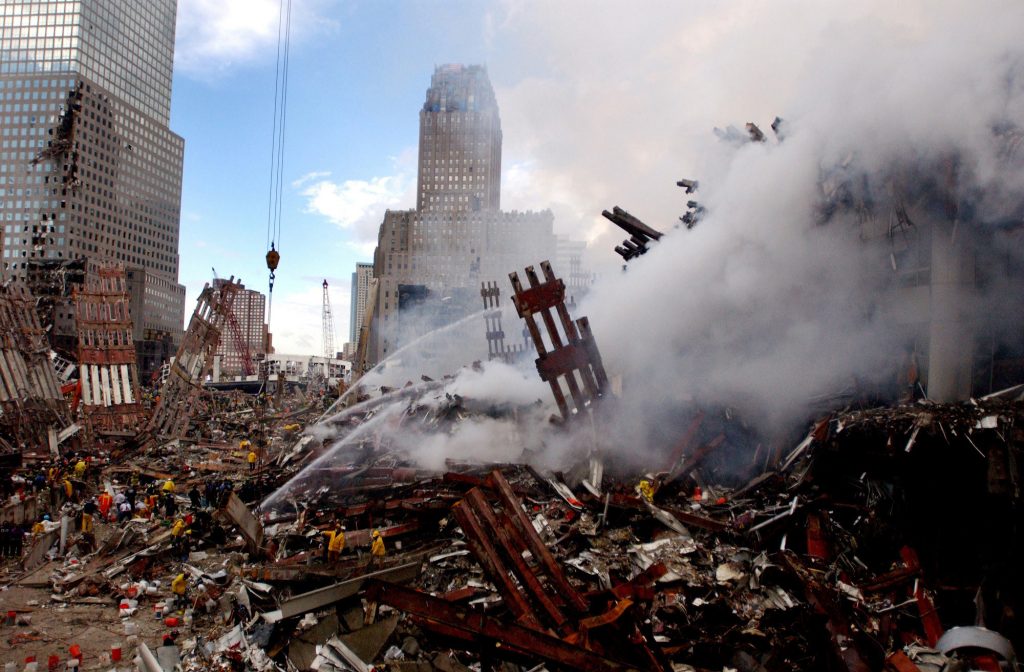 On September 11, 2001, at 8:45 a.m. on a clear Tuesday morning, an American Airlines Boeing 767 loaded with 20,000 gallons of jet fuel crashed into the north tower of the World Trade Center in New York City.

The impact left a gaping, burning hole near the 80th floor of the 110-story skyscraper, instantly killing hundreds of people and trapping hundreds more in higher floors.

As the evacuation of the tower and its twin got underway, 18 minutes after the first plane hit, a second Boeing 767—United Airlines Flight 175—appeared out of the sky, turned sharply toward the World Trade Center and sliced into the south tower near the 60th floor.

It immediately became clear that America was under attack.

Where were you when you first heard about the attack? What were you doing? For most of us – middle aged and older – September 11, 2001 and November 22, 1963 mark two events that are burned deeply in our consciousness. In 1963 I was in my senior year of college; and in 2001 I was St. Matt’s Parish Priest.

In both of these tragic events an unexpected spirit emerged among all Americans – political persuasion, religious belief, ethnic and racial differences – all of this and so much more paled into insignificance.  What emerged was a sense of our being one and our being responsible for each other. We experienced the exhilaration of being “one” – “one nation under God, with liberty and justice for all.”

The liturgy this weekend will include a remembrance of 9/11 and prayer that God will keep us safe from harm, and that God will give us the grace and the courage and the wisdom to once more experience ourselves as “one”.