You are here: Home / Music / The New Hymnals Are Here!

We will begin using the new Gather 4 hymnals for our liturgical celebrations the weekend of January 14-15. The new hymnals include the ritual order and prayers spoken by the whole assembly as we have been saying them since 2010. You may recall that in 2010, the Roman Missal, Third Edition was adopted by Diocese of the United States. The Roman Missal, Third Edition changed the language of many of the prayers we had been saying since 1975. The change made many of the Mass responses found in our maroon hymnals obsolete. Since 2010 our parish has continued using the maroon hymnal for sung prayer but learned and used the new language for our spoken prayer via hymnal inserts and new Mass settings.

Our new Gather 4 hymnals will be up to date! Your participation through prayer response is easier than ever; assembly prayers are included on the inside front cover. No more searching for the hymnal inserts!  Having up-to-date prayers easily accessible in the hymnal is a great gesture of hospitality as we welcome all to the celebrate as one — the Body of Christ.

A closing thought: Vatican II’s 1963 Constitution on the Sacred Liturgy tell us: “Mother Church earnestly desires that all the faithful should be led to that fully conscious and active participation in liturgical celebrations which is demanded by the very nature of the liturgy.”

Looking forward to hearing your voices lifted in song and prayer. 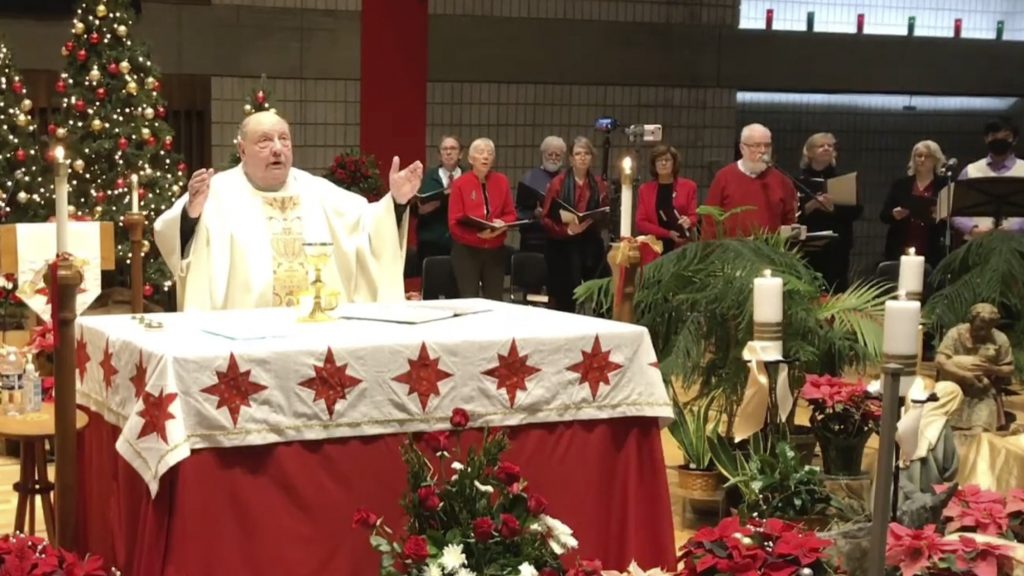